There are certain things that just aren’t ever talked about in church.  And some things that we fear talking about.  Sometimes we will allude to them, but never speak of them directly.

Too painful?  Are we afraid of something?  Too much shame?  Unwillingness to face the reality that these challenges exist?  Don’t want to admit that some people around us might be suffering from them?

I bet you can name some of them.

Money is often a topic we don’t like to talk about in church.  But that’s just the tip of the iceberg.  Let’s go deeper.

What about drugs?  It’s very likely that you have several people in your church that are using drugs.  People you would never suspect.

What about alcoholism?  Again, it’s very likely that there is someone, if not several people, who suffer from alcoholism?

What about hording?  What do you think the chances are that someone in the congregation suffers from this?

Here’s one church leader who has broken the silence and I commend him for his efforts.

These addictions are real and affect people’s lives.  They need people to support them in their efforts to be be free from the addictions.  The church is the perfect place for that, if we can get past the shaming. 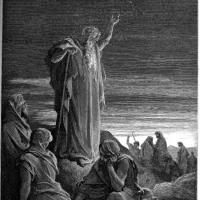