Build trust instead of just talking about it.  Actually go and do the work of building trust with people, rather than sit around and think about it or strategize about it.

Show love instead of just talking about it.  There are plenty of people who could use some love in their lives and giving love to others is actually quite good for the giver as well.

Listen instead of just talking about listening.  That means sit quietly, hear what is being said without thinking about what you will say in response, or how the person is wrong and you have to think about how you will correct them.  Just listen and begin to understand a different perspective.

The alternative to trust, love, and listening is, well, what we see around us.  It’s what gets reported on the news.  It’s what has been tried through most of human history.  It’s what we read in social media.  It’s what we hear in those we pass by walking or driving.

The alternative is not a good option.  It’s not what we are called to be.

Trust, love, and listening aren’t easy.  They take time, energy, effort.  They demand that you let go of yourself.  They require vulnerability.  That can be scary.

But they offer so many rewards too.  They offer freedom – freedom from being controlled by fear and anger.  The freedom of not having all the answers.  Freedom to be who we are called to be.

We don’t trust, love, and listen in order to get rewards though. We do it because life is so much better living this way.  We do it because these are things we have received from God.  If we are Christians, we live these out because they are who we are and what we are called to be and do.

Trust, love, and listening.  You’ve already got them in you.  Hand them out freely.  No worries, there will be plenty to go around.  And you won’t end up empty.  Give them a try. See what happens. 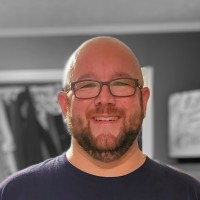