We left the Cathedral of Learning and went to the Point in downtown Pittsburgh, or as the locals say – “dahntahn.”  Traversing through Pittsburgh is interesting.  It is it’s own culture and has it’s own language.  Here’s a handy glossary of Pittsburghese if you ever need it and you have to talk with the locals.

At any rate, we went down to Fort Pitt – an old Revolutionary War-era fort.  Or what’s left of it anyway.

The fort went through many alterations over the years – changing in size and even location around the point.  The point is where the three rivers meet in the city.  We went inside the fort and were reminded of the history – Fort Pitt was on the frontiers of British territory before the Revolutionary War – an outpost. And we were reminded that there is a different history – natural history.  There has been a history of flooding in the region.  The picture below shows some of the high water marks from previous flooding.  The 1907 marking is up on the second floor – a good 8-10 feet up from the first floor. Lesson for church: This might sound heretical to some but here goes.  The fort was historical, yet it was changed over time to better meet the needs that it was built to serve.  The military didn’t stop changes because someone special built it years ago.  No, they changed it when it needed to be changed and it no longer served the function that it needed to.  Imagine if we did this with church?  Oh, I can hear the wailing and gnashing of teeth.  But really, why shouldn’t we update a building and change it to meet the needs of the current users.  Why do we lock the present generation into the needs of the past in terms of materials?  I’m not talking about doctrine here.  I’m talking about a building that houses a worshiping community. If we are attached to a building staying the same because it has always been that way, then I wonder how we are going to actually serve the community we are in, or the people in the community (who have probably changed over time).  Expecting the church building to remain the same is a recipe for the building to become a museum.  Museums have their place and purpose.  But the church isn’t supposed to be a museum.  It’s a movement that carries out God’s mission.  And how we do that will change over time. 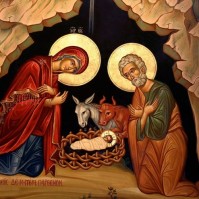